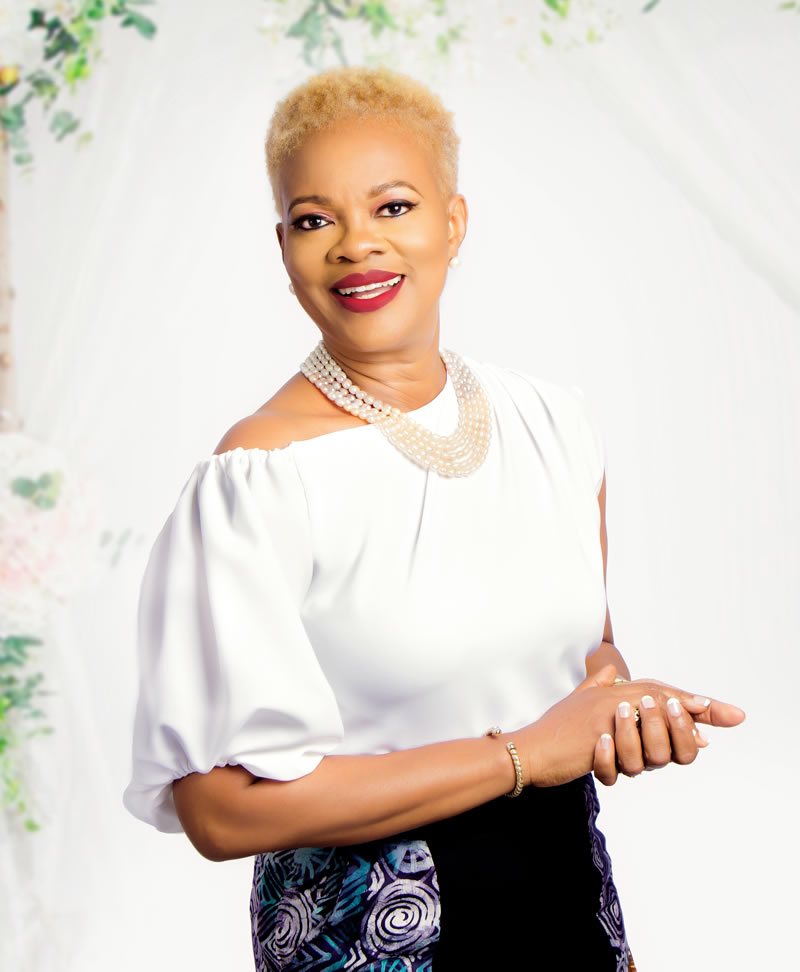 With over three decades of great experience in journalism and thirteen years in publishing, Adesuwa Onyenokwe is recognised as one of the most influential forces in the Nigerian Media. She is the founder and Editor-in-Chief of Nigeria’s leading Women lifestyle magazine; Today’s Woman.
As a seasoned journalist, event anchor, elocution trainer and writer. An interviewer par excellence, Adesuwa executive produced and presented, Seriously Speaking a general interest television chat show that aired on Channels TV between 2014 and 2018, and the women’s conversation programme, TW Conversations transmitted on MNET’s Africa Magic Showcase, 2017-2018.
She has won several professional awards including the Nigerian Media Merit award 1994 Cadbury reporter of the year, Zenith Bank jewel of the future in a 2006 publication titled ‘Her Story Project’, Vlisco Woman of the Year 2014, amongst others. She is also a motivational speaker with a passion for women, youth and development issues.

Adesuwa has conducted hundreds of interviews including top politicians and captains of industries such as the current Vice-President of Nigeria, Yemi Osibanjo; CEO of Alphabet Inc. and its subsidiary Google LLC, Sundai Pichai; current former president of Nigeria, Goodluck Ebele Jonathan; former presidential candidate, Fela Durotoye; current Vice-Chancellor of UNILAG Oluwatoyin Ogundipe; and highly-recognised award-winning celebrities such as Omotola Jalade Ekehinde, Adesuwa Etomi-Wellington, Annie Idibia among many others. She has also been interviewed on numerous occasions, and so comes with hands-on skills plus requisite experience on what works.
After fifteen years as a social services reporter with the National Television network news service, she retired to private practice as an independent content provider for Television, through her production company Universal Communications. For ten years she produced and presented a half-hour show featuring women and issues that concern them, through the programme Today’s Woman with Adesuwa. In addition, she also anchored a popular national chat show, One on One, which hosted national leaders in business and politics speaking on developmental issues.
Added to her portfolio is the foray into publishing, via a lifestyle magazine, Today’s Woman. Since 2007, TW has become the prime choice of discerning readers. It is a lifestyle family magazine which is primarily targeted at the cosmopolitan woman, as it addresses the day to day challenges, she faces in playing her multifaceted roles of wife, mother, daughter, sister and professional. Adesuwa serves as publisher and editor in chief in the company, TW Media Development Concepts that has staff strength of over twenty, and a distribution network that covers major cities of Nigeria. Following constant and increasing demand for the product outside of Nigeria, TW magazine now has an online version to cater to readers around the world. Her impressive command of the English language has been acquired and honed through a series of trainings over the years including a certified programme from the London School of Public speaking, a Masters in language arts from the University of Ibadan where she was lectured by Nobel Laureate, Wole Soyinka. Adesuwa Onyenokwe is a fellow of the Bloomberg African Leadership Initiative. She is married with grown children.